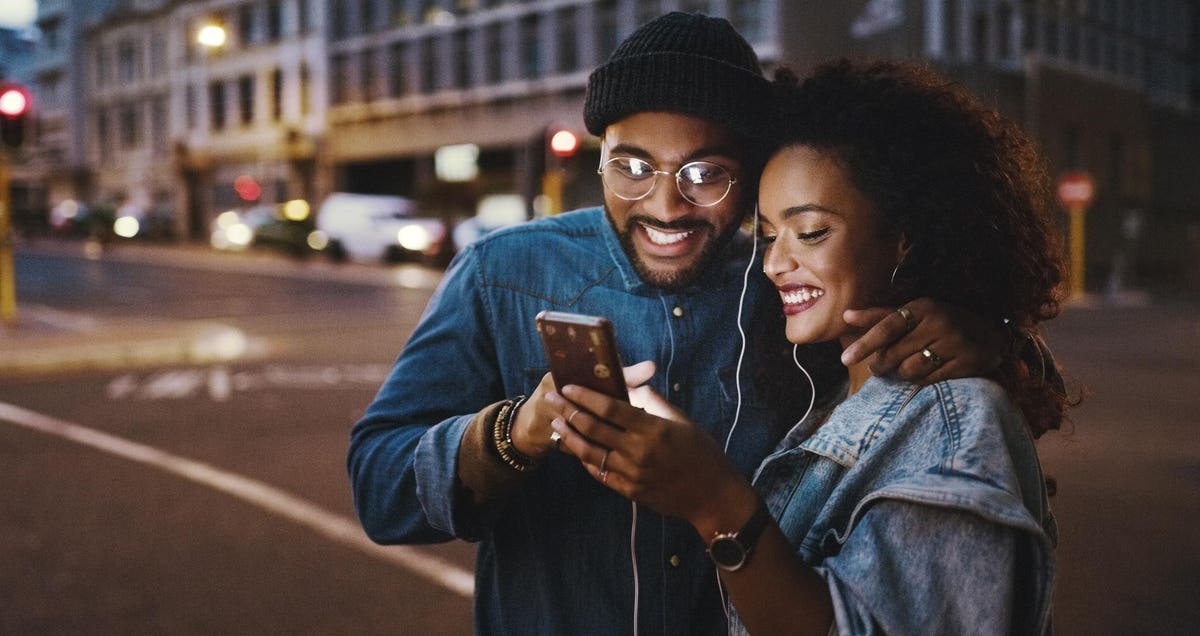 Social platforms have long allowed music lovers to connect with other music lovers, but now a couple of music-based apps can help users find love as well. While there is no shortage of dating apps that help users find their love connection via interests and hobbies, a pair of platforms is instead focused on users’ musical tastes as well as the emotional response that the music may generate.

Like most dating apps, algorithms are used to find matches based on similar interests – in this case it’s music. However, these apps take the process a bit further.

The Power Of Music

The intelligent dating app Power of Music (POM) launched last month. It uses an emotional algorithm technology to create a ‘profile’ of a user based on their music library and six personality questions – after the first 15,000 users answer the questions, machine learning will make the process automated. The company’s founder have said the aim of the app is to help ‘singletons’ make meaningful connections through music and psychological compatibility, in a dating scene that prioritizes aesthetics above all else.

The app accesses either a user’s Apple Music or Spotify account and its algorithm determines which other users might have compatible music tastes, but it also dives deeper in the emotional connection that users may have with particular musical genres or songs.

Vihan Patel, co-founder of POM, had first come up with the idea when he organized club nights during his university days. It had become apparent to him that people behaved very differently depending on what type of night it was.

“This influenced what they wore, what drinks they bought, and how they interacted with one another, which proves how instrumental music is to a person’s identity,” Patel explained. “That got me thinking music clearly plays a deeper role in who we are than most think. It’s a voice for emotion, and using music as a vehicle to understand emotion allows for a greater understanding of other people, and of course, potential partners. Matching people based on musical and psychological compatibility rather than on physical attraction is the way forward in the online dating world.”

Vinylly is also based on music compatibility, and takes into account a user’s streaming music data as well as their music habits to find matches. Its process starts with users pairing their Spotify accounts with their profile. That allows the algorithm to respond to their streaming habits to produce new matches, where users can also listen to their matches’ recent songs and playlists, allowing Vinylly to become a tool for music discovery as much as love.

Vinylly founder Rachel Van Nortwick connected with music at a young age, and while initially it was about listening to music loudly to defy her parents, later she also discovered the link between music and a person’s mood, as well as how musical tastes could also drive certain personality traits.

Finding love through music isn’t really all that different from meeting a soul mate at a concert or in a record store – back when such places still existed. With the pandemic shuttering live music, the apps may have filled a particular void.

“While serious music snobbery isn’t that common, many or most people prefer certain music styles or genres,” King explained. “So pairing up with someone who enjoys the same or similar music is similar to sharing any other interest or pastime – a good icebreaker and indication of basic compatibility. However, Covid-19 has made it difficult or impossible for music lovers to hook-up in conventional ways – at concerts, clubs or other venues. So in a sense, music dating apps offer a virtual means for those people to find one another when public spaces are closed or restricted.”

Of course the question could be whether musical tastes trump other interests – but the love of music shouldn’t be dismissed.

“Some people are serious audiophiles and for them music is a huge part of their lives,” said Roger Entner of Recon Analytics who follows trends in social media. “For them no matter how attractive they are – if their music tastes don’t jive then nothing else matters.”

Both POM and Vinylly are now available for download from the Apple App Store and the Google Play Store.